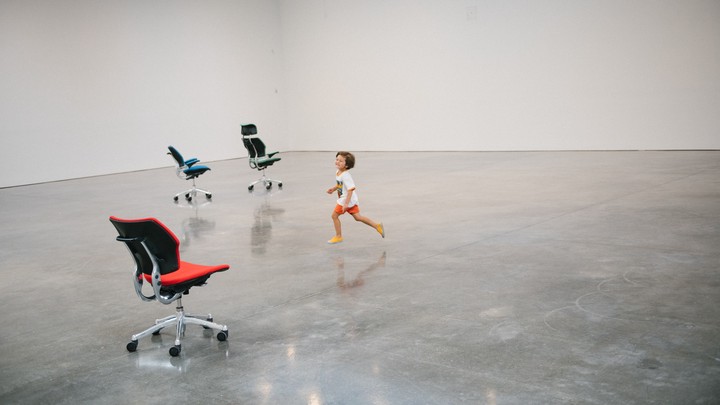 Gagosian is pleased to present PLAY, conceived by Urs Fischer with choreography by Madeline Hollander. At the intersection of sculpture, behavior, and choreography, PLAY is an arena of chance encounters where visitors are invited to interact with nine office chairs that seem to have lives of their own. Play, a ritual older than humankind, has set rules that distinguish it from reality, but it has no clear aim or value other than itself. Instead, it is merely a feedback loop, a push/pull of energy, bound by time and place. Accordingly, the chairs seem to behave in such ways as to belie some level of predictability—only to then debunk the illusion. The more the viewer seeks to control the chairs, the clearer it becomes that they are not pawns or pets but participants. By attempting to understand the choreography, we actually create it, enacting the very patterns that we wish to decode.

For further information please visit the oficial webpage at the Gagosian’s website: https://gagosian.com/exhibitions/2018/urs-fischer-play/

In this project I served as consultor and developer on the robot animation process. That included working side-by-side with the animators, developing tools that allowed them to accurately design the robotic chairs’ motions using the Maya and Houdini animation software.

My work allowed them to pre-visualize the spacial motion immediately and in real-time, within Maya and Houdini’s own 3D viewport, thus agilizing the artistic design process.

In addition, I worked as consultor and developer on an Unreal Engine powered 3D pre-vizualizer for the whole robotic experience, which allowed the choreographer, artists and developers to simulate the interaction between multiple robotic chairs and multiple crowd-AI characters (NPCs), in order to inform and support the interactive behaviour design and decision-making processes. 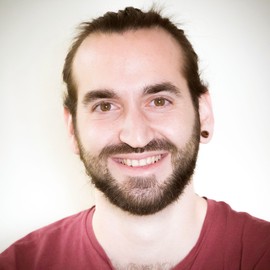